The Olympians In 1932, George Roth won the gold medal in India Club Swinging. I had no idea what that was, but if my imagination were allowed to run wild, my first thought would not […]

The following infographic comes from the vigoroom.com, a holistic wellness company whose purpose is to help people shift unwanted pounds and rediscover life once more. Today’s post covers some of the unsuspected causes of weight […] 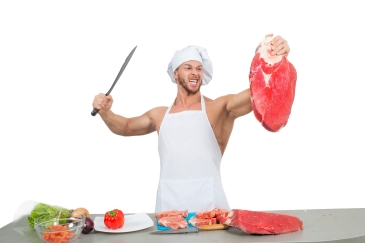 It’s funny given the current obsessions with macro counting that few bodybuilders produce cookbooks for the general iron populace. This is in stark contrast to the early foundations of the sport, which saw dozens of cookbook and health works printed by enthusiastic physical culturists.

Today’s brief article focuses on Bernarr McFadden’s 1901 ‘Physical Culture Cookbook’ produced in the United States. Readers of the site will already be familiar with McFadden, one of America’s most prominent physical culturists of the early twentieth-century who notably staged America’s first bodybuilding show.

While McFadden put his name to over one hundred books during his life, the Physical Culture Cookbook remains among the most relevant for readers in 2016.

The following infographic comes from the very talented folks over at life yoga centre and discusses some little tricks you can use to make your smoothie even more nutritious. So why not try them out for […] 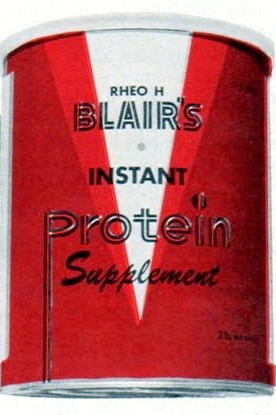 Having discussed Bob Hoffman’s (failed) attempts to create a protein powder that was both tasty and efficient, the time seems right to examine Rheo H. Blair’s famous protein powder from the mid-twentieth century.

Iron game historians will long be aware that Blair’s protein powder was the go to supplement for bodybuilders, average trainees and even Hollywood stars of the 1960s and 1970s. It was one of the first protein supplements and was highly regarded by others in the industry including Vince Gironda.

Heck, so highly regarded was Blair’s protein that it was credited with adding pounds upon pounds of muscle in a short space of time. Some bodybuilders spent months eating nothing but the protein powder alongside some vitamin capsules.

So what exactly was in Blair’s protein and what made it so special? 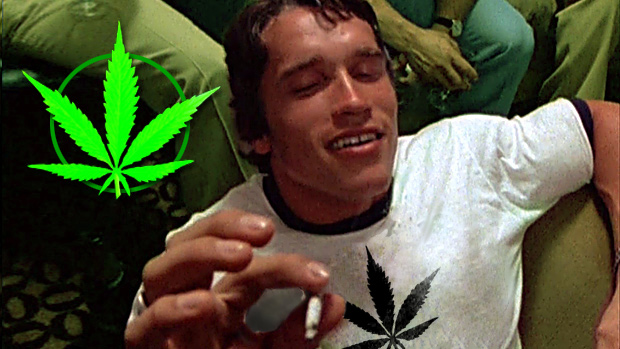 Our latest post comes from the wonderful and talented Samantha Olivier from Ripped.me. We’re delighted to have Samantha featured on the site again and know you’ll enjoy her latest piece.

There are people who support the theory that marijuana is beneficial for weightlifters, increasing our pain threshold as well as our appetite, and helping with our post-workout recovery. Many countries have legalized marijuana in the past 2 or 3 years, especially in the USA, and people are starting to feel less repulsive towards it.

However, when it comes to lifting and marijuana, the effects vary from one person to another. Here, we will deal with sturdy facts based on recent research regarding marijuana and its effect on human physiology.

Written by Bruce Randall in the 1950s this article discussed some tried and tested ways to shed unwanted pounds. Having previously covered Randall’s own incredible weightloss journey, its fair to say he knew a thing […] 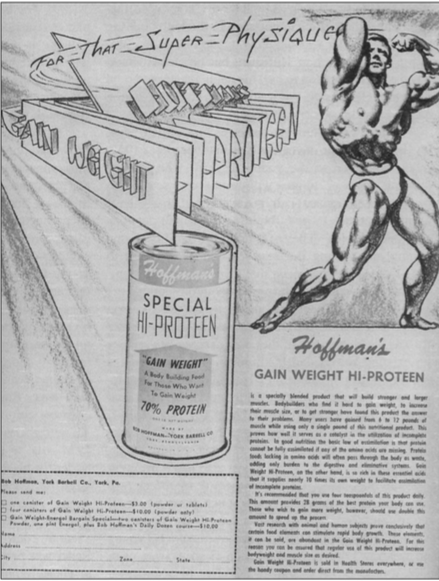 Unless you’ve been living under a rock, you will be well aware that protein powders are big business. Nowadays protein powders, bars and even brownies can be picked up in airports, gas stations and local convenience stores. Gone are the days when your Whey protein was sold in a shady part of town by a man resembling the Hulk.

According to a 2013 report by Euromonitor International, annual sales of protein powder in the US alone rose from $1,200 million to just over $2,000 million from 2008 to 2013. Furthermore the group estimated that by 2018, sales could be as high as $3, 000 million. Its big business, and despite what people many think, its a business that is becoming increasingly scrutinised.

While the FDA and other government bodies are often criticised for slackness in their testing mechanisms, the average consumer has begun to take an interest in the contents of their powder, resulting in a series of freely available test results on which supplements are the real deal.

So with all this money and scrutiny in today’s modern climate, it seems a good time to examine Bob Hoffman’s ‘Hi-Proteen’ protein powder. A supplement devised in the 1950s that lays claim to being one of the first ever bodybuilding protein powders. While today’s producers use labs and testing, Hoffman’s methods were a little more lax to say the least.

This short article, published in the Taunton Courier, and Western Advertiser in 1908, reveals that the obsessive nature of physical culturists has long been a problem for those outside the hobby. Hepworth-Dixon’s sharp tongue and […]

Every now and then we like to mix up our gym routines. For some of us this means an entirely new programme, while for others, just throwing in a different exercise can freshen things up. […]