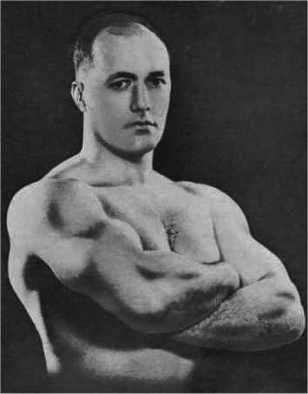 If you could only perform one exercise for the rest of your training career, what would it be? Such a question plagues the online forums as an inciter for heated debates about why the deadlift or squat reigns supreme.

This question is as old as time itself, as many famous physical culturists gave their opinion on the matter quite regularly. Today we look at Bob Hoffman’s favourite muscle building exercise, the two-hand snatch.

In his book entitled Weight Lifting, Hoffman, the chairman of York Barbell and coach to the US weightlifting team, stated that the snatch brought

It was for this reason that Hoffman held the exercise in such high esteem. Furthermore Hoffman believed it’s benefits to be many. Stating that

“Any man, even if he is not interested in competitive weightlifting, will be wise to spend considerable time practicing this series of lifts for the physical benefit he will derive from it.”

So how can we incorporate the Snatch into our own workout routines?

For those interested in trying out something new and expanding their training arsenal, Hoffman recommend that trainees perform the snatch ‘dead hang’ style for sets of 5. Use as heavy a weight as you can comfortably manage and watch your body grow!

As an aid, check out weightlifting.com’s excellent demonstration of the ‘dead hang’ snatch in action.